The pan-European research institute ELI Beamlines operates some of the most intense laser systems in the world. Since the very beginning of this fascinating project, VAT has contributed its vacuum know-how to the development work as a technology partner.

The laser and experimental systems of ELI Beamlines are exceptional in many respects. With ultra-high peak powers of up to 10 Petawatts, the laser beams enable completely new research applications. Launched in 2010, the research center thus lives up to its name – after all, the name ELI stands for "Extreme Light Infrastructure". ELI is a large-scale EU research initiative that, in addition to the Prague institute, also includes research facilities in Romania (ELI Nuclear Physics) and Hungary (ELI Attosecond). Lukas Brabec, one of the engineers who have been with ELI Beamlines from the very beginning, proudly explains, "We have built up everything from scratch here in Dolni Brezany, a small village near Prague, from the administrative buildings to research laboratories and the complex laser installations. The laser building was officially opened in 2016. We have four laser systems with different properties, and six experimental halls." Today, the 150 ELI Beamlines researchers and, increasingly, external research teams use the state-of-the-art ELI equipment for pioneering research in biology, medicine, physics, chemistry, materials engineering, laboratory astrophysics, and nanotechnology. "From the basic principles of proton therapy to the possibilities of de-activating nuclear waste, it's really all there," smiles Lukas Brabec.

The absolute showpiece of the laser infrastructure at ELI Beamlines is the L4 laser system called ATON, with its unprecedented peak power of 10 PW at a pulse duration of just 150 fs. The L4-ATON laser pulses are led to the various experiment halls, where they are used, e.g., for the study of thermonuclear fusion reactions or for particle acceleration. L4-ATON’s CPA-based system architecture employs multiple stages of optical parametric amplification, followed by direct amplification in two large units using different Nd-doped laser glasses, which are liquid-cooled in a very refined way. Lukas Brabec's eyes begin to sparkle when he talks about this great laser system, "We can operate the ATON device at a repetition rate of up to one shot per minute, which is more than an order of magnitude higher than comparable kJ-class lasers! While we have three other laser systems, the L4-ATON laser is so special that some of our experiments absolutely depend on being fed by such laser pulses."

The L4-ATON laser can operate in two main modes, a long-pulse mode and a short-pulse mode. In long-pulse mode, fs-pulses from a wideband oscillator are fed into the entire amplification chain. The pulses are then compressed to their maximum power of 10 PW, using dielectric diffraction gratings with a large aperture. The compressor used for this purpose has it all: "To achieve the extreme output parameters of the L4-ATON laser, we had to develop the largest vacuum chamber ever built in the Czech Republic!", Lukas Brabec proudly reports. With a length of more than 18 meters, a width of 3.6 m, a height of 4.5 m and a weight of no less than 55 tons, the chamber has truly gigantic dimensions.

The quadratic output profile of the L4-ATON laser beam, with its side length of 62.5 cm, also seems from a completely different planet, and accordingly, enormously large tubing profiles and valves were required for the construction of the system. For Lukas Brabec, it was clear from the start that it had to be VAT valves: "In my opinion, there are no comparable products in terms of reliability and adaptability." Accordingly, numerous VAT vacuum valves of the series 19 (in sizes DN 630 and DN 1000) now contribute to a meticulously clean environment inside the ATON compressor, so that the highly sensitive optical components are well protected from foreign particles.

For the ventilation of the experimental chamber, the ELI developers opted for VAT angle valves of the series 29. Due to the enormous chamber dimensions, simple ventilation valves turned out to be inadequate here. "With such large volumes, there is every risk of massive pressure shocks to arise if the ventilation valves are opened abruptly," explains Andreas Dostman, Key Account Manager at VAT. The consequences of such a pressure wave range from frighteningly loud banging noises to possible damage of the chamber inventory, not to mention turbulences inside the chamber. The clever solution to this problem: soft-start technology. Andreas Dostmann describes its mechanism of action as follows: "A scalable bypass valve is integrated into the series 29 angle valve, so that the ventilation can be handled in a cascade. By opening the smaller bypass valve first, the differential pressure is reduced in a controlled manner, so that no pressure shocks arise. Once the pressure in the chamber has risen to an acceptable level, we open the regular valve, and the remaining air flows in."

Lukas Brabec greatly appreciates technical innovations like the one just mentioned. "In countless details, our colleagues at VAT have provided us with very valuable support in both word and deed," he explains, thus pointing out the benefits of the trusting cooperation between VAT and ELI Beamlines. The beginning of this cooperation goes back almost to the birth of ELI Beamlines. Back then, more than 10 years ago, VAT had participated in the first major tender for ELI design projects through its Czech partner company Vakuum Servis, and they promptly won the tender. Since then, the Czech vacuum expert Pavel Petrvalsky from Vakuum Servis has been a reliable and readily available contact for ELI Beamlines, whenever questions about vacuum technology arise.

"We at Vakuum Servis offer ELI a fast first-level support. After all, we are directly on site and can flexibly respond to all requests. Second-level support for trickier technical issues is provided by VAT experts in Haag or at other VAT locations," Pavel Petrvalsky aptly describes the collaboration. An obvious advantage for ELI, as Andreas Dostman points out: "We cooperate worldwide with strong partners such as Vakuum Servis in this way, in order to be able to provide our customers with our expertise in the most efficient and direct way." Lukas Brabec also finds this division of labor very successful: "Many everyday questions about vacuum technology can be better clarified when talking face to face with Pavel."

Another gem treasured at ELI Beamlines is the L3 laser system HAPLS (High-Repetition-Rate Advanced Petawatt Laser System). The L3-HAPLS laser is designed to generate PW-pulses with an energy of at least 30 J and a duration of less than 30 fs, at a repetition rate of 10 Hz. "HAPLS was mainly developed at the Lawrence Livermore National Laboratory in California, but we at ELI Beamlines participated in the development of the pulse compressor, short-pulse diagnostics and short-pulse timing," comments Lukas Brabec on the genesis of this laser system. Compared to its "big brother" L4-ATON, the L3-HAPLS laser comes across as rather modest, with a beam size of "only" 214×214 mm. Nevertheless, the technology has its work cut out for it: "We use tubes with a diameter of 500 mm, and numerous VAT valves – such as pendulum vacuum valves of the series 16.2 – are also used here to isolate the cryogenic pumps from the vacuum chamber during the regeneration process," explains Lukas Brabec.

For some special applications in biomolecular or materials science, ELI Beamlines requires ultra-high vacuum conditions, i.e., a pressure of less than 10-9 bar. "Our conventional vacuum systems are designed for 10-6 to 10 -7 mbar, and can thus be operated with ISO-F flanges," explains Lukas Brabec. "But for UHV conditions, we use CF flanges in the experimental chambers." The turbomolecular pumps, which ultimately generate the ultra-high vacuum, are shielded by VAT isolation valves of the series 11.1. Between the chambers, however, VAT pendulum isolation valves of the series 16.2 are used. Andreas Dostmann explains this decision as follows: "Since the sector valves are located directly in the process chain, they must meet the very highest requirements in terms of particle emission." In addition, some of the sector valves must have optimally positioned sapphire windows, so that a laser alignment beam can be used when setting up the experiments. "During the design phase, we had intensively communicated with our colleagues from VAT regarding all these points, and we are very satisfied with the result," says Lukas Brabec, once again fascinated by the broad and yet individually adaptable VAT product range. The fascination is completely mutual, as Andreas Dostmann enthusiastically confirms: "Fantastic projects are being pursued at ELI Beamlines!"

Despite all the euphoria, everyone involved still has to be patient. As of today, two of the four laser systems have been fully completed and are reliably in operation. "At L4-ATON, we are pretty much in the home stretch," says Lukas Brabec, looking optimistically into the future, "at the moment, we still have to solve a few final issues around the mirrors in the laser's beam path. The giant mirrors have to be ultra-smooth, and shaped with high precision, that’s why particularly careful testing is needed." For this reason, ELI researchers cannot operate the ATON laser at its maximum power of 10 PW yet. But they are confident that these last challenges will soon be overcome – and that ATON and its three laser siblings will then, finally, be able to show their full strengths. 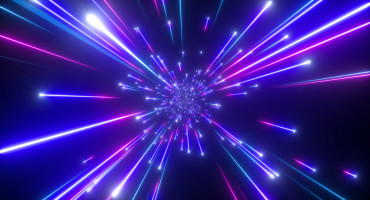 The Israeli start-up company Lingacom develops innovative muon detectors, which can be used for un-derground surveys, content security checks in large shipping containers, and much more. To their reliable production, VAT contributes an innovative sealing method. 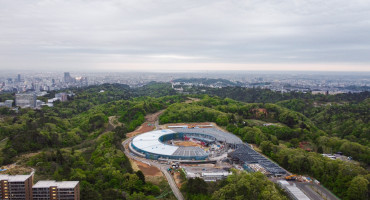 Japan’s new 3GeV storage ring provides access to synchrotron radiation for more companies to tackle the challenges of a sustainable economy. VAT acts as a key partner of the project.

Read more
This browser is no longer supported even by Microsoft. To prevent security issues, we recommend to use modern browsers like Chrome, Firefox or Edge.